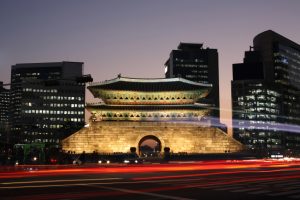 Korean Translation Group is a company founded and managed by Korean language specialists. We are a single-language agency specializing in translation between Korean and English. We also provide professional document translation services between Korean and various other languages including: Japanese, Chinese, French, German, Russian, Spanish, Arabic, Vietnamese, Thai, and Indonesian.

We urge clients to be wary of indiscriminate and rather irresponsible claims made by multi-language translation agencies that pretend to know every language. Even among just the three major Asian languages — Korean, Chinese, and Japanese — one should be highly suspicious of anyone claiming to know all three and English at a high level of literacy. There are many difficulties inherent in translating English into a foreign language, particularly an Asian language like Korean. And too often, multi-language agencies ignore (or are simply unable to attend to) the complexities and nuances involved in these translations. This lack of true expertise more often than not translates into a final product that is at best inferior, and at worst damaging.

Korean Translation Group‘s principals and project managers are all highly educated native Korean speakers. In fact, we are more than just Korean language specialists; we are bilingual wordsmiths and perfectionists. Our translators are carefully selected by experienced managers to meet extremely high standards, and re-evaluated on a regular basis. All of our translations go through a meticulous process of editing and proofreading to ensure that each document delivered achieves the highest level of accuracy.

When you entrust your project to Korean Translation Group, you can be assured of the following: